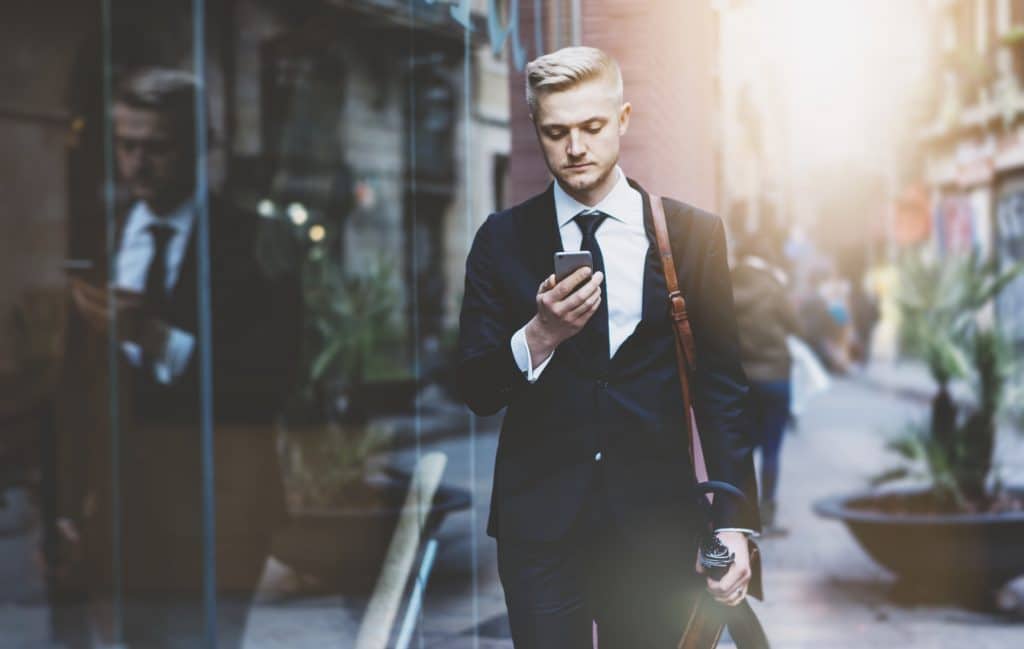 When you further add in medium-sized businesses (businesses up to a couple of hundred people), you get ninety-nine point eight percent of all businesses in the Great White North. What that means is that Canada is a nation of entrepreneurs. Of citizens trying to take control of their destinies, build their own businesses, and spread their wings.

However, what this also means is that the small business scene in Canada is highly competitive. With millions of people competing, from Vancouver to Newfoundland, small business owners are doing whatever they can to stand out from the very large crowd. One of the best ways to do that is by looking, sounding, and being as professional as possible.

Small business owners know that oftentimes they only will get one chance to impress a potential client, and they want to be sure that they are doing all they possibly can do to take advantage of that one chance.

And what is that one chance? How does that first point of contact usually happen? Over the telephone.

This is where a virtual phone system comes in. MightyCall, a premier virtual phone system, comes replete with all the numerous features, pricing plans, and abundant possibilities to make any small business seem more professional, and to impress any potential clients that might come your way.

The most important thing for a small business is that your clients and potential customers feel like they matter- that there’s a personal touch to your work, that they are not just a number on someone’s online spreadsheet.

MightyCall understands this, and that is why MightyCall has put so much effort into designing a product that delivers a personal touch for small business entrepreneurs. As was said earlier, the first time a potential client connects to a small business owner is through the telephone.

That’s why MightyCall gives our clients the option of employing an auto-receptionist that can make sure that they get connected to the right person, instead of just sitting on the phone while it rings eternally, and they have not had a chance to speak with anyone.

Once they are situated in the correct spot, MightyCall allows the use of call queues, in which you can have to play your own music or sound choices while they wait to speak to a dedicated employee if none are available.

But you do not have to worry about your clients being bored by some robot- MightyCall’s auto-receptionist feature allows you to personally record custom greetings, which are then played at certain times or in regard to certain actions made by your potential callers.

These custom greetings allow you to give a personal touch, even if you are not actually on the line. And, unlike the big corporations that just employ some standard two-bit droid software, clients will feel right off the bat that they’re speaking with a small business that actually cares about them.

At the same time, sometimes a client just needs to make a call, even if it’s late at night and you aren’t available- or asleep! MightyCall allows you to set up your auto-attendant at any time of day (or night!) to ensure that at no point a potential client just hears a dial tone and then silence.

But the personal, professional touch does not have to end after the first call- especially since, in the modern age, many people prefer to speak over other means of communication. MightyCall knows this, which is why they allow you to text your customers as much as you want- unlimited text messages are found in all MightyCall plans.

However, the most important aspect of a personal touch is proximity- or at least the image of it. What this means is that, for many people, local is best.

However, that should not have to stop small businesses from trying to grow their customer base to new areas.

MightyCall has a solution to this: toll-free or local numbers. With MightyCall you can purchase more and more telephone numbers, as one would expect from a telephone company. However, MightyCall clients can also purchase toll-free/local numbers, which have great and differing benefits.

Toll-free numbers are the sort of numbers you see on ads (“Call 1-800,” etc.), and they are numbers people associate with professional companies. Plus, they are not geographically attached to any single area- they’re common throughout Canada (and its southern neighbor, the United States of America), which means that if you’re in Ottawa and someone calls you from Montreal, they are not going to know you are in another city.

With local numbers, you can take personalization to the next level. Let’s say you are located in Ottawa, and you want to expand into Montreal. With MightyCall, you can purchase a Montreal-based telephone number- even though it connects with your business in Ottawa!

That way, when someone in Montreal sees an ad for your small business, that ad can have a locally-based telephone number, making them more likely to call you than they might have been otherwise. 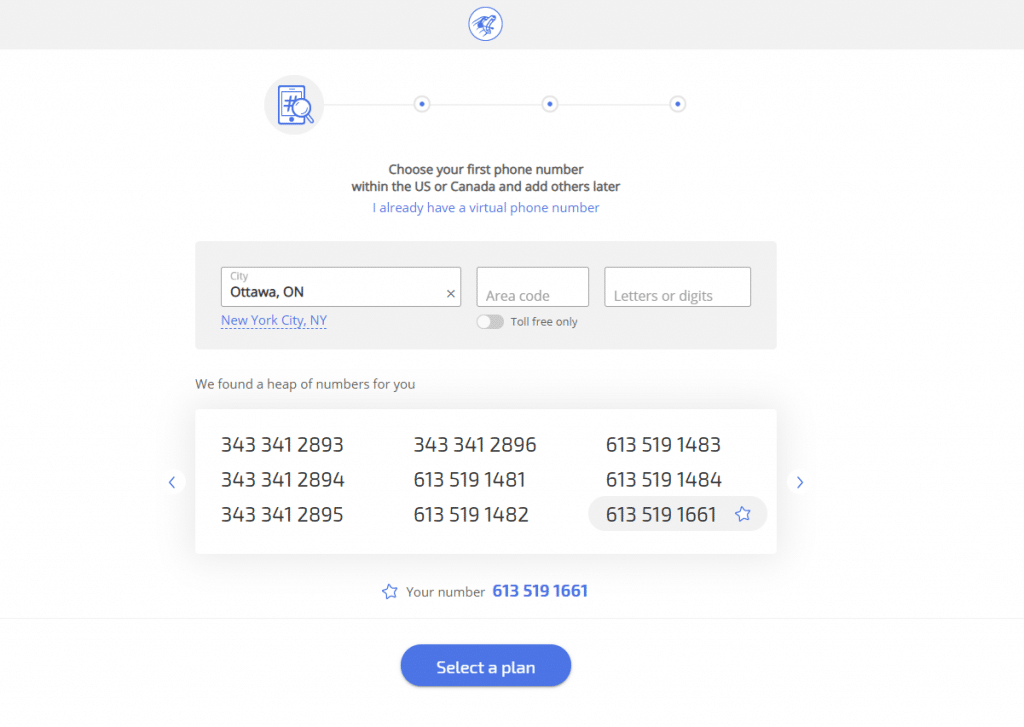 To help your company stick out (but in a good way!), MightyCall also offers vanity numbers. Vanity numbers you have for sure already run into- think things like “1-800-333-FROG.” Essentially, these are numbers that also employ the use of letters found on the dial pad of your phone; with these, businesses can formulate all sorts of numbers which are far more likely to stay in the head of potential callers, who might only see it on a quick ads flash. Think about it, what is more memorable: 1-800-333-3764, or 1-800-333-FROG?

MightyCall can also help you with one of the other most important aspects of professionality: organization. Running a small business can be hectic and chaotic, and it is important that you make life as easy for yourself as possible- which is where MightyCall comes in.

This helps you to organize your life by not having to guess who you are talking to- or why they are calling- each time you pick up your phone.

MightyCall also allows users to employ the use of its incredibly easy to use call flow system. With the call flow system, users can establish how a call, well, flows, as callers are automatically directed to where they need to be.

The call flow system—mentioned above in conjunction with the auto-attendant—contains all sorts of useful settings options. If your business has multiple people and they work at different times, you can make it so calls only go to those certain numbers whenever they’re available.

Available all at once? You can change incoming calls to be dished out “round-robin” style, to call all numbers in order, or simultaneously. You can also establish blacklists for certain obnoxious or unwanted callers (or spammers!) and VIP lists, which enable you to set up a special call flow tree for callers who are particularly important.

The call flow apparatus is easy to use and clearly set up. You can create separate trees per number or combine numbers into single trees. Callers can be directed to voicemail, music, another employee (if one is busy), or too many other options. The system is incredibly easy to use. And the call tree—like the rest of the MightyCall control panel—is also usable in French as well as English, for those based in Quebec or otherwise.

In terms of organization, MightyCall also knows how important it is for users to have access to their own data and call histories. That’s why a complete history of attempted and completed calls is accessible, along with past call recordings (if you decide to use that feature), voicemails, and voicemail transcriptions, all of which are downloadable to your personal computer.

Another aspect of twenty-first-century small business that MightyCall gets is the need to be on the move. Canadians who build small businesses usually do not do so from an office cubicle, toiling day in and day out; they do so in their own homes, Starbucks, Tim Hortons, libraries, or even outside in public parks. What that means is that those small business owners need a VoIP system that works with them.

Fortunately, MightyCall comes ready with a free, fully functional mobile app that is completely synced into the main MightyCall system. In fact, once you set up your initial account and settings on a computer, you’ll never need to use your PC for MightyCall again, if you so choose- the app will totally suffice.

From the app (available on Android and iOS), you can do all you need to do with your MightyCall account: call, text, listen to (or read!) voicemail and call recordings, view call statistics, and team performance issues, and a host of other things.

And of course, as you can probably imagine by now, MightyCall requires no hard phones to operate successfully- you are free to be cordless.

For those times when you’d rather sit in a quiet place and do work, MightyCall is fully functional on the computer as well. With the MightyCall webphone you can make calls through any computer, so long as it has a built-in (or plugged in) microphone and speakers.

The webphone is easily accessible via the MightyCall web panel, where all other MightyCall settings can be found.