It has been brewing for a few months. Competition in the Cable Internet segment, especially on Rogers’s territory is fierce. This is mainly driven by, ironically Rogers itself by making available to smaller or independent ISP’s Speeds that would otherwise look premium. Rogers’s strategy seems to be working as small ISPs as VMedia or Velcom go neck a neck with other medium-sized internet companies such as TekSavvy.

Some of the available plans from Rogers’ resellers are:

Ultimately all homes ending on Rogers’ own network, one way or the other.

Rogers reserves some plans off course, as their top tier exclusive, such as the Rogers Ignite Gigabit 1000 Mbps Down, 30 Mbps Up Unlimited usage at $104.99 per month.

For independent ISPs, access to faster speeds is primal to differentiate services where everything else is equal. Gone are the days of counting with access to Bell’s network fast-speeds. Bell gives up to a top download speed of 50 Mbps to his resellers, hence limiting partners’ performance and by doing so, limiting his own network reach. 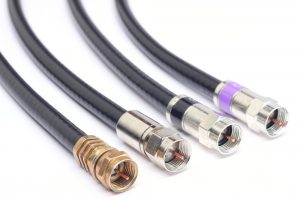 Though with a smaller footprint than Rogers, Cogeco also has Cable Internet in Ontario. Not as aggressive as Rogers, but nonetheless in a similar fashion allowing resellers access to fast speeds; which in turn allows them to affirm or expand territory.

In the weeks ahead remains to be seen IF Rogers will do for their typical seasonal adjustment in consumer price. Generally, the annual price adjustment happens end of March, mid-April approximately. Most likely Rogers will follow Bell’s lead, in which event meaning will hike up the home service prices as usual.  Knowing that if consumers switch for cheaper alternatives, chances are they will be with one of their resellers.