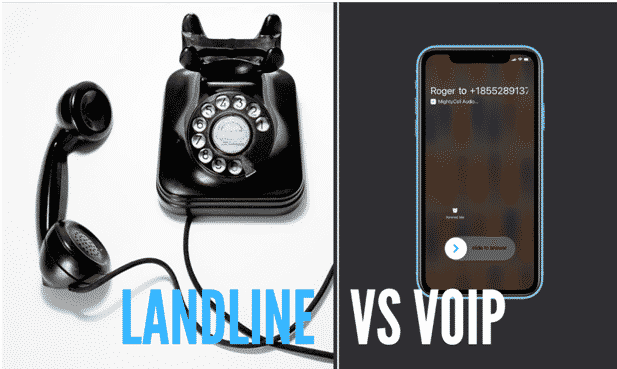 Whether you are starting a brand new business or you are looking at making some changes to a business you have run for a long time, it is never a bad idea to think long and hard about every decision- top-down, bottom-up. One of those decisions which are of particular importance is to decide what sort of telephone system you are going to provide yourself (and therefore your business and your employees) with: a landline telephone, or a VoIP telephone system?

For those of you who are new to the business, picking a specific kind of phone system may seem like the farthest thing from your mind, as you wrestle with seemingly every little issue- from picking a location to working out schedules to basically plotting out in full how you will run your new business.

To pick, or not to pick

But picking a phone system should be one of the first things you decide- after all, it can set the tone (no pun intended) for the rest of your business as to how things will go forward from there. Not only will it do this, but if you chose the right path (or should we say the right line), then it could end up being the basis for the entirety of your business operation, simplifying and centralizing everything so that it is as convenient to you and your employees as possible.

For those of you who are old hands at running small businesses, it never hurts to check every couple of years to see if there are any changes to business dynamics that you may be missing, or which may have sprouted up without your knowledge.

If you have worked on your business for a long time, you may start to feel complacent, thinking that you already know the ins and outs of small businesses. While this is understandable, it also carries risks- after all, being asleep at the wheel as technology and the times pass you by can be a death knell in this fast-moving, twenty-first-century business climate.

You want to make sure that reliance on hardy, solid technology—whilst understandable—does not threaten your livelihood and the livelihood of your employees- and of course, your business itself!

Here we’ll be breaking down the differences between landline and VoIP phone systems. There are a lot of genuine pros and a lot of genuine cons for both, and we’ll be sure to touch on all points. Specifically, this is going to cover Reliability, Durability, All-Around Usefulness, and Additional Specialties.

Landline phones are phones connected to a line that, well, is on land. It has a physical connection to a wire which runs through the ground. That is…pretty much it.

VoIP phone systems, or Voice Over Internet Protocol phone systems, effectively allow you to speak over the internet (broadband, specifically). Essentially, the “wire” here becomes an internet connection- be it plugged in the internet, wi-fi, or satellite signal. In this case, a “phone” is, in reality, anything that can access the internet and can also output and input sound, whether it is over speakers or via the usage of incredibly common headphones that also have a microphone you can speak into.

And these phones worked really well. They were definitely reliable, and they often felt it too (some landline phones were so heavy it felt like you could use them in self-defense if need be). If you had a physical connection to a wall, you were set.

VoIP systems, as discussed in the previous section above, operate over the internet. Effectively, if you have any device which is capable of a) connecting to the internet in some way, shape, or form, and b) is capable of both receiving and putting out sound, it can become a phone when using a VoIP system.

Now, generally, folks think that landlines are more “reliable” than VoIP phones are. And this is partly understandable—if you have a landline, nothing short of the power going out is going to seriously impact your call quality, whereas an internet phone generally relies on how good your internet connectivity is—but it is also partly based on old thinking: “X was always good, therefore X will remain good.” And when it comes to the internet, this thinking is a bit out of date. Yes, in the early or even late 2000s, the internet was not always as reliable (in the early 2000s you still sometimes could not even talk on the phone while you surf the net!). Public wi-fi was oftentimes slow and sometimes sketchy, and it definitely was not everywhere, like it is now.

And that’s the thing- the internet is EVERYWHERE now. Every Tim Hortons café, every restaurant, even every Wal-Mart has internet. Plus, it is actually good and not sketchy or slow! Even entire cities are working on ways of creating a net of internet across huge areas. The United Nations has even bandied about the idea of making broadband—that is to say, internet—access into a human right!

While VoIP as a practical, reliable tool for your business may have seemed impractical or impossible in the early or mid-2000s, nowadays the world is changing in ways that make it a perfect, reliable fit for your small business.

Generally speaking, landline phones are useful. I mean, you pick up the phone, dial the numbers, make the call, connect the call, hang up the phone. Useful. Beats talking through two tin cans and some string. 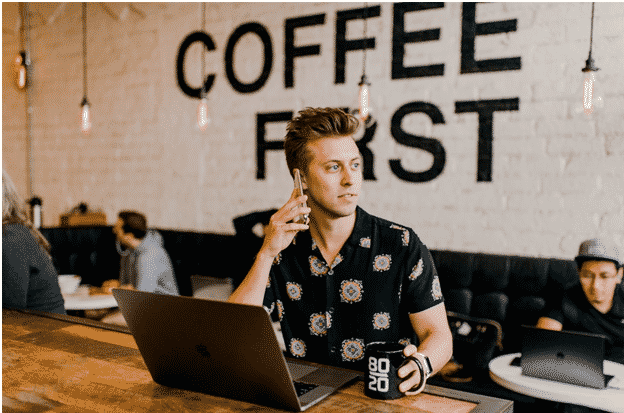 But the problem is, that is all it can do: it can make calls. And not only is that all a landline phone can do, but it cannot do it while doing other things. A landline phone is stuck effectively doing just that- and you are stuck to your desk while you are making the call.

Most modern offices still use the classic black corded phone; and while as discussed above, that phone may be reliable, when you are stuck in a really long call and would love to get up to grab a cup of coffee, with those phones it just isn’t possible. Need to get up to grab some paper? Nope, not unless you want to put the caller on hold. Now, in an office, you can deal with this. After all, perhaps it’s your job to talk to customers for an agonizingly long amount of time.

A big company can hire a bunch of people to do different tasks. But for your small business, when you can hire only yourself (or maybe a handful more people)? Can you really afford to be chained to your desk every time a call comes in? With VoIP phones, it’s a horse of a different color.

Just as we talked about before, VoIP means any internet device can become a phone. Carrying around your iPad and headphones? Now it’s a phone. In a café on your laptop and you suddenly realize you need to make an emergency call on your business line? Now you can- your laptop is a phone. Heck, even an old .mp3 player, as long as it can access the internet and can input and output sound, can become a phone.

The key thing about VoIP phones is just how useful they are. They allow you to truly own your own small business, instead of making it so your phone owns you. And this opens up some pretty awesome ways of going about running your small business that you might not have been able to do before the advent of VoIP technology.

For example, there is no reason to rent out space for a business that primarily exists online- so long as your phone is online. With VoIP, this is a possibility- a strong possibility, one that thousands of small business owners are taking advantage of.

Up until recently, your “phone” was used for one thing: calling. And that is what landline phones do: they call. That is their specialty. Sometimes they can do a bit more, but it is usually via frustrating difficult to navigate tiny menus (menus which, in a rich irony, usually require you to call your IT guy to come and help you out with).

VoIP phones, on the other side of things, can do so, so much more. VoIP companies like MightyCall come packed with features and allow you to do far more than simply call your clients. With MightyCall you can oversee a centralized hub of all of your social media messages, text, keep a centralized contact book (which you can edit and leave notes on), get detailed call statistics, record all of your incoming and outgoing phone calls, and edit every aspect of a call tree, controlling the exact paths callers will take to reach you and your employees (with the trusty help of easy to set up auto attendants).

The fact is when it comes to extra features, landline phones simply cannot stack up to VoIP phones. This is not to diss landline phones- they were perfect for the slower world of the 20th century (and technically the 19th century). They were built in a world that simply did not need the fast, high-speed centralization offered by VoIP systems.

But the fact is, we are in that world today. The 21st century has gotten off to a blazing start, and it is only going to get faster. Going with a landline may make things seem more reliable, but you will be missing out on all sorts of special features, and on the ability to make your business truly your own.

Don’t let the times pass you or your small business by. Consider upgrading to, or starting off with, a VoIP phone today.