With the advent of messenger apps such as Skype, staying in touch with families and friends locally or globally is just an app away. The best part is: texts, video chats, and calls between messenger app users are free as long as a speedy Internet connection is present. As a result, I want to find out if a messenger app could replace my mobile phone’s voice plan.

All messenger apps are powered by the Internet, therefore Wi-Fi/cellular data are inseparable from these apps. From experience, complimentary Wi-Fi outside of my home is not a reliable Internet source because connection speeds vary drastically depending on the source and my location. This impedes the seamless operation of a messenger app. Also, Wi-Fi is usually not available while in motion (public transit or in a car) unless the vehicle is equipped with a Wi-Fi hotspot. Another downside of using complimentary Wi-Fi is potential exposure to fraud. It’s been reported there are fraudulent Wi-Fi hotspots that mimic the names of legitimate Wi-Fi services. There is a possibility I could log in into a fake hotspot unknowingly and the fraudster could then attempt to access my shared files and observe every action I make on my phone.

To steer clear of Wi-Fi issues sighted above, cellular data offered by my carrier becomes the next best choice for uninterrupted messenger app operation. Unfortunately, all three major carriers in BC (Rogers, Bell, and Telus), offer rate plans that must include voice plans for mobile phones. “Data only” plans are reserved for tablets only. Why? The most educated guess is cellular carriers invest in millions buying airwaves. Not only do these carriers need to purchase the airwaves; they also need to invest millions more in building stations and installing equipment that would handle the signal transmission. The bottom line is: a carrier recovers the cost of its investments and makes a profit by offering different rate plans (e.g. voice only, voice + text, voice + text + data) to its customers. If a “data only” rate plan ever becomes available, it would quite possibly kill off all plans with voice service because a savvy customer can easily use a messenger app for unlimited texts and calls. I doubt any carrier would offer a “data only” plan for mobile phones because such a plan could be detrimental to its financial health.

Let’s pretend that a “data only” plan is available (more about this below), can I really replace my voice plan with a messenger app? It sounds plausible but the short answer is no because most messenger apps offer only calls between app users, but not calls to regular landlines or mobile phone numbers. And without a phone number from the app, the app user cannot receive calls from regular numbers either. Another issue is: all messenger apps lack 911 emergency services. What about Skype? For Skype users, calling landline and mobile phone numbers are available but the service is not free. It’s either pay-as-you-go or a paid subscription is required. Also, Skype charges a recurring fee for a phone number. Finally, Skype does not offer a 911 service thus not able to offer peace of mind when compared to a voice plan. All in all, a messenger app is great for user-to-user communication but not the right product to replace a voice plan.

So, is there another solution? The answer lies in a VoIP phone service provider because it addresses all the shortcomings of messenger apps stated above. From my research, low-cost VoIP phone service providers such as Phone Power offers 911 service, a permanent phone number and free service to keep your existing phone number, free ATA rental (shipping extra), a free mobile app. By subscribing to Phone Power and installing its mobile app, the customer receives phone service for both home and mobile phones. Phone Power supplies a pre-configured ATA (analog telephone adapter) free of charge but the customer is responsible for mail it back to Phone Power upon service cancellation. The monthly service offered by Phone Power starts under $10 per month and the company has mostly positive user reviews. 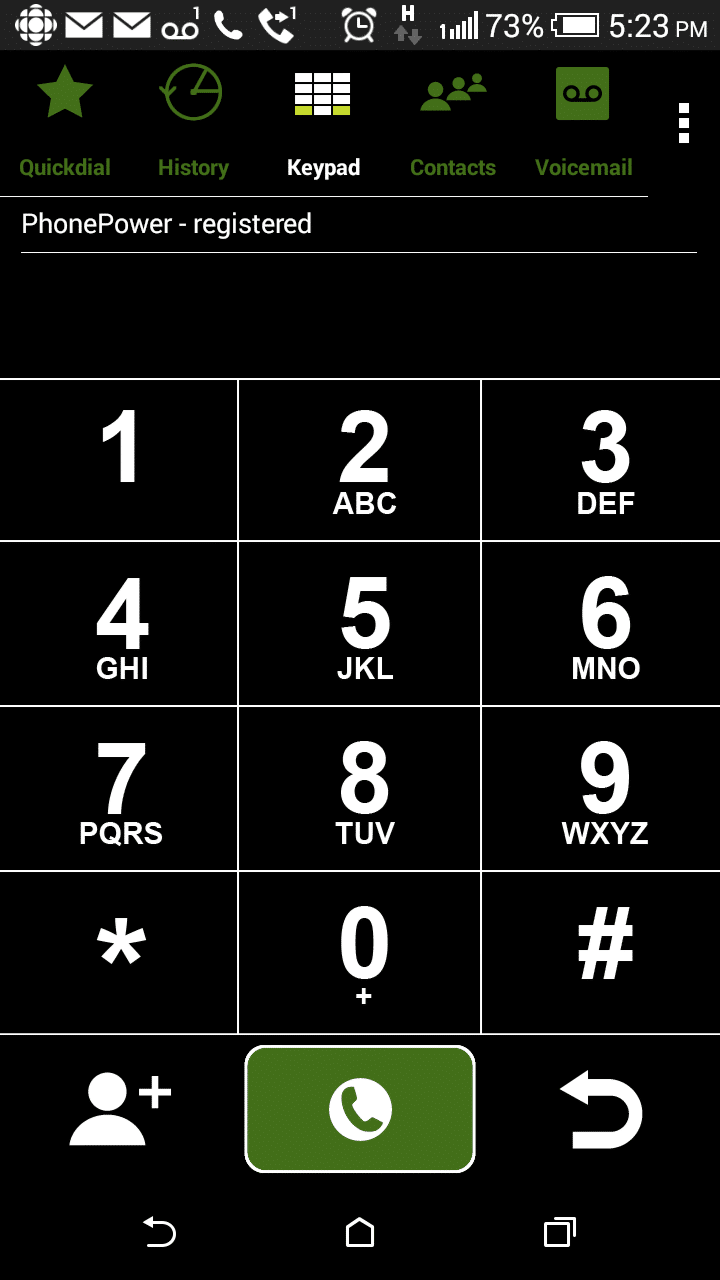 It turns out a VoIP provider’s mobile app is the answer to replace my phone’s voice plan. So let’s revisit the “data only” plan to power this mobile app. I contacted all three major carriers in BC to confirm that the “data only” plan is unavailable for my mobile phone. As expected, the unanimous answer was no. Without giving up, I contacted a few wireless stores and one employee let out a very good tip about some of her customers using their “data only” tablet SIM cards on their mobile phones without any issues. However, the wireless store employee warned me that a carrier may lock up the SIM card if they discover the card is not used for its intended purpose.

To conclude, it is possible to replace the mobile phone’s voice plan. Oddly, the solution is not a messenger app as I first thought. The best option turns out to be a mobile app offered by a VoIP phone provider. By subscribing to a VoIP provider like Phone Power and combining its mobile app with a “data only” plan, you would no longer need a voice plan for your mobile phone. As a bonus, your Phone Power subscription also includes a home phone service. Again, “data only” plans are for tablets only (in BC anyway) but you can google “data only for smartphone” and try the workaround at your own risk.