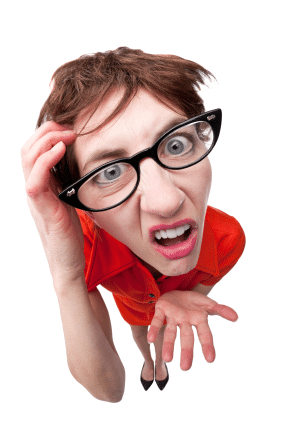 Enter a Canadian telecommunication store, and you’re immediately hit by the cool aesthetic of neutral background colors and brightly lit smartphone displays. At first glance, it’s easy to think mobile technology is all they have to sell, while TV, Internet, and Voice products are fairly unimportant. It would require digging deeper into the store – like a fool looking for loose change underneath the couch cushions – to find a sales rep bored enough to discuss something other than mobile. This embodies the sales persona of the big three telcos in Canada, and one could enter any one of their stores and witness the same scene. In chasing each other on price and handset for years (artlessly and unimaginatively), the big three have become three choices of vanilla. None of them justifies why one should choose them over the others; they only speak in the language of devices and plans.

When Alexander Graham Bell invented the telephone in 1876, his original motivation had been the integration of deaf people into society. Despite the technology improving in 1891 with the first electronic switch, the company he founded continued to hire women operators well into the 1960′s. Women proved to be more capable workers than teenage boys, who were the first operators, so the industry hired them exclusively. Though some would say it was to justify an added cost to the call, by providing a human voice to the new technology, it may have assisted in its rapid acceptance around the world by demystifying it.

How are these related? Tangible, human connections founded telecom, but more than a century later, the industry has seemingly lost its way – driven instead by cellular, and followed by everything else that can be bundled with it in a tidy 2-year contract.

What American retail has proven interesting is that it’s not the bigger, brighter stores that are winning customers over, nor is it the price and selection of the product lines. The most successful establishments greet shoppers and are genuinely interested in assisting them throughout the store. Salespeople at Best Buy and Walmart don’t clump together and glare at customers like an angry gang; they disperse and make themselves available to a customer inquiry. The retail war is being won with customer service. We believe the future of Canadian telecom will be won in the same fashion.

GoneVoIP has been built around doing what’s best for its valued customers. Unlike other brands in the industry, GoneVoIP offers every product and service with absolutely no contract – GoneVoIP’s commitment to providing the very best on a daily basis, instead of providing flashy banners with upfront offers and locking people into less than desirables providers’ contracts.