The Gonevoip.ca site allows visitors to request telecom service quotations, particularly used for business and residential internet. We have been providing this service, free of charge, for the past six (6) years. Thru the unprecedented and trying times of these past couple of years, we have received more Residential quotations requests than ever before.

This report narrows the focus to the residential internet service quotation requests. To find out more about what Canadians are looking for, such as the price point that triggers a person to start shopping around. Spoiler; the national monthly rate average is $65.00 before Canadians start shopping around.  We looked at and analyzed over four thousand residential internet service quotations.  The data came from all over Canada, comprehending ten months from January 2020 to November 2020. So, there is a good amount of data and representation.

We are able to determine the providers’ people are more likely ready to switch out, the current technology more often reported as used, the price point, estimated savings, and more. By also looking at when people are making the requests it is possible to cross-reference with other events; such as price increases, outages, and so on.

Ultimately this study serves as a snapshot of Canada’s residential internet service, as driven by its users.

Internet Users Looking to switch, all over Canada 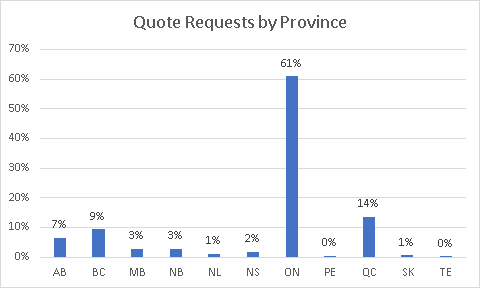 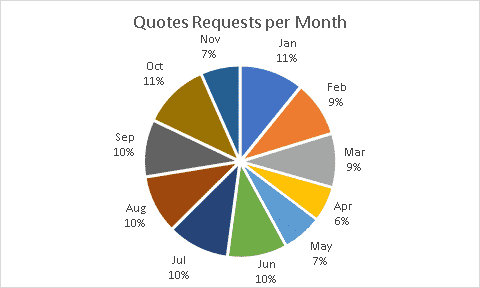 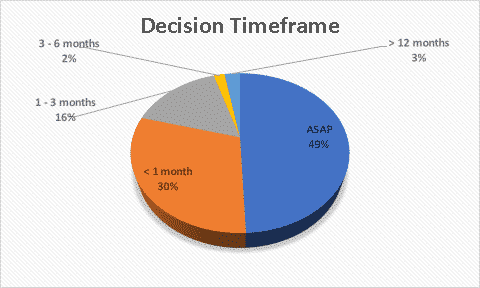 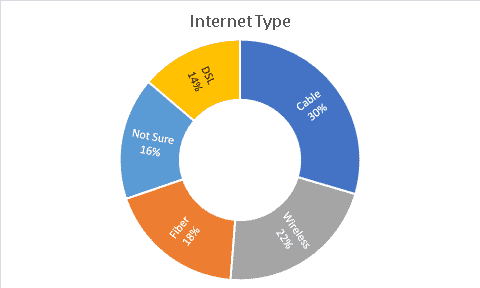 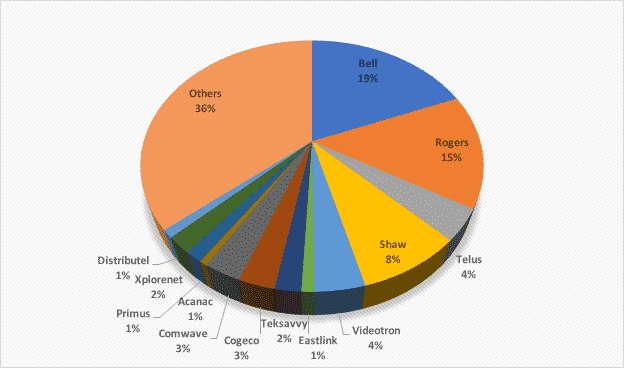 Despite a perception of public conformity with the big traditional telecom establishment in Canada; the study concludes the population is looking for alternatives.

The majority of residential internet quotes had been coming from Ontario. Though shall be no surprise since Ontario is the largest internet market in Canada.  However, is quite telling the difference between Ontario and Quebec requests. This suggests the market is more competitive, Ontarians are many times more likely to switch internet providers than in other provinces.

We can see activity throughout the year, particularly higher during the summer months. When monthly price increases were announced and service outages are particularly common due to the construction season.

One of the most interesting facts is that some 16% said they are not sure about the type of internet access they have at home. Still in 2020 Cable Internet had 30%, with Wireless access (22%) not far behind. The fiber was seen as #3 at the time. DSL access is vanishing, having a smaller chunk of the pie.

It is not a coincidence that residential internet users in Canada are looking to switch the most out of Canada’s traditional telecom providers. Rogers, Bell, and Telus have the majority of internet quote requests, the trio together adds up to 38%. Looking at all the major telecom and cable operators in Canada then these account for 54% of all requests. Some smaller, independent providers also drive up the quotation requests.

The Sum of All Factors

What the data clearly shows is that residential internet users in Canada tolerate shenanigans; but to a point, including rate hikes and massive service outages. Though the ceiling of $65 monthly is the common trigger to start looking for a new provider.

Also, the data shows there is a healthy number of people throughout Canada looking to switch internet providers, searching for alternatives to the usual suspects.

One thing is for certain, the trend in residential internet demand will continue to be high in the years to come. Driven by Work-For-Home and Study-From-Home. These have been established forms in the workforce and the education community.

In short: Canada’s millions of residential internet users do not shy away from researching the best internet service provider, at the most affordable price. Throughout the year.