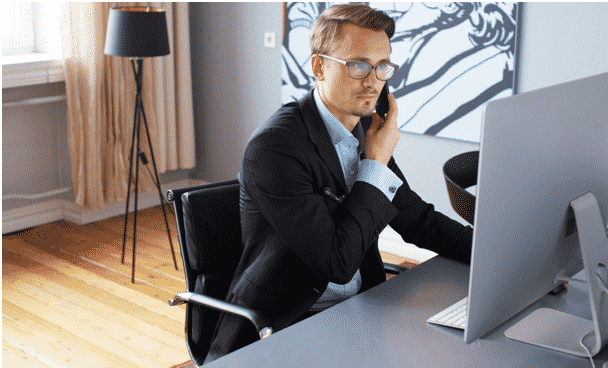 Paul Krugman, the Nobel Prize-winning economist, famously (or should we say, infamously) declared in 1998 that the internet would have an effect on the world economy which would ultimately be “no greater than a fax machine’s.”

A little over twenty years later, we can safely say this is not the case (and hey, we all make mistakes- even Nobel Prize-winning economists). Since that time, businesses have increasingly transitioned to the digital space.

Hungry people place orders for pizza delivery using apps on their mobile devices. Hotels are booked online, and couples meet up in cyberspace. The “virtual world” as a saying is almost becoming redundant; it is increasingly becoming simply “the world.”

To give you an idea of what’s what in the land of virtual phone numbers, here we’ll be going over just some of those crucial and critical benefits.

We’ll also be looking at how taking your business to the virtual world will make running it much, much easier, as well as how much simpler it will be to communicate with your clients. Navigate:

Out of all of the benefits which could be derived from switching to a virtual phone number, the most observable (and some would say, the most beneficial) out of all of them is the lessening of your need for physical hardware. Having your phone number connected to an online account, rather than a singular phone—or even an annoying SIM card—is a game-changer for your business.

Why? Well, let’s start off with the most obvious reason. Let’s say you have a second cell phone designated for your business. A second cell phone you will, for starters, have to carry around with you if you are on the move, which is just sort of…annoying. It’s also one you will have to have charged at all times. “But,” you say, “something being merely ‘annoying’ is not a reason to shift over to the virtual world.” And you’d be right. But there is a lot more than you are shifting.

Because odds are, you also use a desk phone (if you work in an office setting). And if your number is attached to that and you happen to not be at your desk, you’re missing that call. And if you have a cell phone with one number and a desk phone with another, it starts to become significantly more than merely annoying.

With a virtual phone number, however, you can make calls to your heart’s content from any internet-connected device. That means your phone, of course (and some companies have specific apps you can download which allow you to access a full range of services on the go).

But it also means your home computer, your iPad — heck, if you were truly desperate you could ride on over to your local library and make calls on their computers (just be sure to talk quietly though!).

Virtual phone numbers also frequently allow users to cut other corners. Many services, such as MightyCall, allow you to view everything from clients all in one handy location, reducing virtual and physical clutter that you might otherwise have (we’ll have more on this below).

With a Virtual Phone Number, you are No Longer a Prisoner of Geography

For pretty much all of human economic history, businesses were prisoners of geography. Having far-flung employees would be incredibly difficult and doing business with folks in isolated or far-off areas was a rarity.

Best to stay within your town/city/district, rather than take the economic risk of massive or isolated expansion.

With the advent of the virtual phone number, this risk has been thrown, right along with caution, to the winds. We no longer have to be tied down to wherever we begin our businesses.

Get any local or toll-free number

How is this the case? Well, as was mentioned before, you can access your telephone number from wherever you want. No matter where you’re traveling, no matter where you find yourself. But what you may not know is that your number itself does not have to be tethered to where you buy it or where you live. Typically, as you do of course know, “normal” telephone numbers are based on geography. Your area code corresponds to a specific place. But with a virtual phone number, you can buy a number with an area code for any area you wish.

So, if you are working out of, let’s say, Regina, Saskatchewan, and you’ve identified a prime business opportunity down South in Phoenix, Arizona, and wish to expand operations there while blending in with the local businesses, you no longer have to jump through hoops. Just get a virtual phone number with a Phoenix-area code and…that’s it. That’s really it. This, of course, could have massive ramifications for your business.

Being able to work out of any city—without having to have even ever visited it before—is something that could fundamentally change how you do business. Actually, come to think of it, it is already changing how the world does business – so why are you risking getting left behind?

Hire talent from any location

And speaking of never having to visit the area- think of the wonders it can do for hiring employees. Let’s say you want to go ahead with that Phoenix expansion. Well, you’re up in Regina’s Prairies, and you’d rather not fly weekly to Phoenix.

When you’re in possession of a virtual phone number, you won’t even need to consider doing so; you can easily hire folks in Phoenix (or wherever you’re hoping to expand to) and, with many companies, seamlessly integrate them into your network.

Some companies even offer limitless extensions, which basically means you can hire as many folks as you’d need. With centralized accounts, all your new employees will be able to see any relevant voicemails and texts from callers and clients.

Watch as Your Business Becomes Even Easier to Run

So, having read what you’ve read already, this one may already seem pretty clear-cut, but we felt it should be pointed out in full: a virtual phone number makes your business way, way easier to run. When tied down to physical appliances and paper, from call records to contact books, everything becomes more difficult. You have to be strictly organized, and if you leave something key at the office and you’re already at home, then you’re either driving back or you are going without it until the next time you can get back there.

Run your business from home

If your desk phone is the only way you can reach clients and you are stuck at home for a long period of time—say, like during a pandemic (not that such a thing would ever happen, right?)—then you’re going to be missing a lot of calls. You’ll have absolutely no way of finding out who called and what they wanted to say; on top of that, when the pandemic finally ends and you can return to work, you’ll probably have hours of voicemails to get through. Fun stuff. Working online, however, and with an online phone number, puts you into an entirely different frame of mental work.

You no longer have to keep contact books bursting with cards and numbers. With some virtual phone number providers, you can have a one digitized contact book with mini-CRM, accessible by all of your employees. All of your call records are already at your fingertips. Your voicemails are saved and can be downloaded. If you want to make changes to your call set up—from changing your hours to recording a new auto-attendant greeting—you can do it from your phone or your computer in minutes.

Since we have already established how much easier it is to communicate and find new employees with a virtual phone number, we would be remiss if we did not also touch upon the ease at which you’ll be able to communicate with clients. When you use a work phone, all of the worktexts and calls go to that phone (heaven forbid you only use one number for personal and business calls and texts- you’ll never have a moment’s peace and good luck guessing whether or not each call is personal or business-related).

When you take your business into the virtual world, all of your employees can see who has called and texted, and some companies even will allow you to link in your social media accounts. Your employees can then be assigned specific calls/texts to respond to and can answer social media queries at the same time. It dramatically changes how your relationship with your clients will work. Now you will no longer have to carefully keep track of who called and when and whether you already have answered them. All of your histories will be online in one easily accessible place.

With a Virtual Phone Number, Purchase a One-Way Ticket to the Virtual World

The train to the virtual world has been going since the beginning of the twenty-first century, but it’s slowly been picking up speed. The benefits of getting onboard by snagging for yourself a virtual phone number are limitless: closer relationships to your employees and clients, peace of mind regarding the organization of your business, and new expansion opportunities, just to name a few. So hop on board the train to the virtual world- and take your business with you!