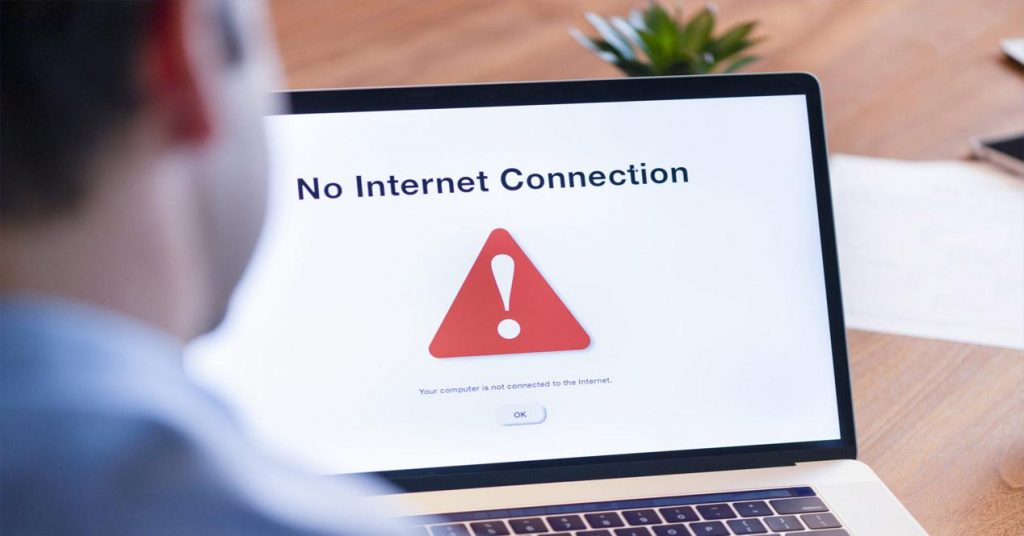 How many times have I heard “the Internet is not working!” Frankly a lot. Is probably one of the most used sayings of the past couple of years. Certainly, a candidate to be ‘The Saying’ of the decade. More so with increased demand through the pandemic. Though, is “the internet” really not working”? Full disclosure, I am a bit of a geek, call me a nerd if you will. I know what is going on. Unfortunately, most providers do not know what happens, cannot, or do not want to explain why their customers may experience this so often? Let’s have a look at the typical home internet setup to better understand the issue.

Has a multifunction Modem/Router Internet gateway. An average family of 4 people nowadays has about 15 to 20 devices connected to the internet. All operating at different times of the day and at different speeds. A Wi-Fi network and some wired, ethernet, connections. With at least two video streaming services.

How much Internet does a typical Home consume?

Is a good question, isn’t it? Most Internet providers will allow you to check data consumption for the month. If your provider is an independent ISP then you may not have the information of consumption, but it is something you can check from your Router. There are specific firmware versions, such as the DD-RT and Tomato that allow you to check usage.  Additionally, the higher-end home routers from Asus or TP-Link, to name a couple, do show daily, monthly, and annual home network traffic usage. In case you are wondering, the traffic that goes to the internet is called the WAN traffic (Wide Area Network).

With Rogers Internet, for example, via their customer portal provides a very informative breakdown of the Data Utilization, per month and day. Bell, Shaw, Cogeco, and Videotron provide similar information to their customers.

Is a very easy calculation, if you know what needs to be done. I can calculate usage per day, and to the second. In my case, my average monthly data usage is 28 GB. Per day that is 0.93GB. Btw, GB stands for GigaBytes. Just to clarify, 1 byte = 8 bits. For those that want to read more on the topic about the realtion of different measurements and bit rates, here is a great article.

In short, the Internet connection speeds are reported in MegaBits or GigaBits. Yet consumption, that is how much is used, is reported in MegaBytes or GigaBytes.  Leading to confusion, which may be an unintended accident, or very much on purpose?

I believe internet providers could do a lot better to show speeds and consumption in the same language. I understand all of this… though that is because I have a Computer Science degree!

Going back to my example, I have an average per hour internet consumption that is 0.038 GB. Which translated to Giga Bits equals 0,304 Gb, or in MegaBytes equals to 38. So, there you have it. My hourly residential Internet, demands a bandwidth of just 38 MB? To the curious minions out there; I have multiple phone lines using VoIP (do not consume much), smart speakers (a little more), streaming TV services (a lot), multiple laptops (maybe a lot), gaming console (medium) IPTV camera (not much) and some smart-plug enabled lamps (not a lot).

Hence, 38 MB per hour which then equals 0.63 MB per second is the average demand over the last 6 months. The plan I signed up for is for a 150 Mbps download. This equals 18.75 MB/s. My demand of 0.63 MB/s is well within the capacity of my internet connection.  I have more than 99% capacity to spare!

Why the Router is the prime suspect

The search of the bottleneck returns a prime suspect: the Router. But why? One may ask. Here is the thing, all of our home internet consumption goes back to the internet via that one single point. It is “the bottleneck”, by design. Take your Wi-Fi, goes through the same router. More on Wi-Fi later.

The home routers are nevertheless an impressive piece of technology. Considering all the things these do and provide: access to the internet, Wi-Fi, firewall, parental control, media server and quality of service among other features. It is no wonder then the usage of the router devices gets heavier. Depending on the model it is possible to see the kind of activity. In the end, a router is a computing device like any other; with a limited capacity that has a CPU, memory, and that runs an Operating System.

Looking under the hood

With that said, upon inspecting my home router I realized I got it four years ago. At the time it was a medium-of-the-line router. But simply needs in the home today are different. Suffice to say, the present hardware was not keeping up. Keep in mind the firewall, parental controls and Wi-Fi put a lot of demands on routers’ limited CPUs and memory. Plus, the latest firmware upgrade I got was from a couple of years ago. It is time for an upgrade.

The Internet providers do give fairly decent router hardware. Which depending on the provider, you can buy it from them, rent or is included in the price – that is, a rental in the end. But these routers are good enough to cover basic usage needs. There is not much depth potential in terms of configuration, and most of the time there is no real admin access for the users. In my case Rogers mantains control of the modem/router’s configuration. But I have it setup in bridged mode, so I do not use any of the features of the actual router. In bridged mode works just as the Internet Cable Modem that is to join my home network to Rogers Cable Internet network.

An additional note on Wi-Fi networks; these may get notoriously congested and not only with the devices in one’s home but with those of the neighbors as well. Wi-Fi frequencies, particularly the 2.4Ghz, are very commonly used. From Home Phones to many other devices the airwaves get congested. Even though there have been great advancements in Wi-Fi 6 and Mesh Wi-Fi setups if you can avoid using Wi-Fi for streaming video and working, then the happier you’ll be.

Distinguish the signs of a Router in Trouble

When a router is performing poorly is very common to see:

A typical workaround is to reboot the router. This is something very commonly suggested by providers’ technical support services. Though a reboot does restore things to working order, this is often only for a short time. Until the next episode of the router getting overwhelmed. The rule of thumb is, if the router got overwhelmed once, then is a matter of for it to happen again.

A little-known secret, that is what’s next! I hope that by now is clear most of the time is not your internet connection that needs an upgrade, is your router. Here is something we computer savvy, or geeks (nerds) have known all along: The best residential routers are those denominated “gaming routers” These routers have advanced features, provide excellent Wi-Fi connectivity, and here is the main thing: are built for streaming, not just connecting. Below find a couple of some of the best gaming routers in the market: Netgear Nighthawk Pro Gaming 6 (@ $349.99) and the Asus AX6000 (@ $378.98) 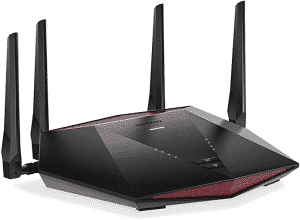 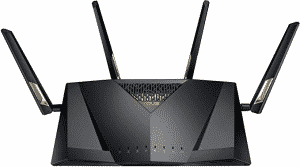 These routers in the majority of cases will be more than what a typical home needs. Though that is the idea. The router’s capacity is not limited and will have the elasticity to keep up as the demand increases. Always get hardware that will last a few years. The gaming routers are typically more expensive than the traditional low-end and mid-range routers. Nonetheless, it is cheaper than upgrading your internet connection every time the router chokes up. In case you are wondering, I went with the Asus. Only deciding factor is that I have been using Asus for a few years. To check some more routers read the article we wrote a while back.

The reality is, most of us change more frequently our mobile phone than our home internet router. Sometimes spending thousands of dollars on mobile phones that on average we keep 18 to 20 months. Considering the internet is used today more regularly than tap water, upgrading or going for a top-of-the-line home router is then a very justifiable expense.