How to Record a Phone Call

Originally, when Call recording first appeared for widespread public use, it may have seemed like something straight out of a police detective thriller – and it also may have received some skepticism at first glance.

After all, wasn’t call recording an invasion of privacy? Who could be recording your calls? And how do you record a phone call? 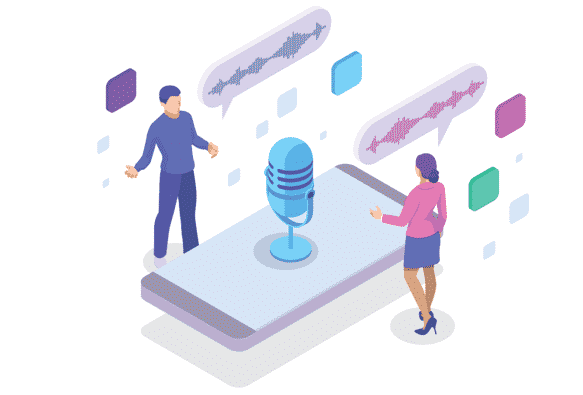 Well, decades later, it’s become pretty apparent that a lot of those fears were unfounded. However, many folks still have some questions about call recording bit would be open to the idea of using it, either in their personal life or for their small or large business.

The team at MightyCall thought we would help those people out by putting together a guide on the background of phone call recording and how to actually record phone calls. It’s easier than you might think!

Who and why would you want to record a phone call?

So when you initially think about learning how to record a phone call, you might think to yourself (or a friend might comment) something along the lines of how it is an invasion of privacy or how it reveals a lack of trust. But that is just simply not the case.

Take an example. When you leave your house or your apartment for the day, odds are that you lock the door – right? It just makes common sense. So why would you not protect your business in a similar way?

The facts are, most of your neighbors—probably all of them!—would not try to break into your home or even check to see if your doors were unlocked. Likewise, almost all of the people you speak to and make deals with are likely to have nothing but good intentions.

But maybe one person driving by your unlocked house decides to try to jiggle the handle to see if you are around- or if anyone is home. Likewise, maybe someone you made a verbal agreement with decides to try to blindside you with some sort of lawsuit or some other salacious claim. If you know how to record a phone call, you can protect yourself. All you have to do is bring up the file, and your side of the story is safe.

So who would want to record a phone call? Basically anyone! It depends of course how security-minded one is, but by and large, it cannot hurt to have recordings. However, if you own a small business, you will definitely want to consider learning how to record a phone call. It is so, so easy, and you will be happy having an added peace of mind.

Plus, a potential client or customer who knows calls will be recorded may also be assured as well. After all, they will know that if they get into a sticky spot, there will be a recording to back it up. Plus, it gives your business an extra “oomph” of professionalism- something that can never hurt.

So what exactly is the Legality of Phone Call Recording?

So, if your interest was piqued, the next question on your path to learning how to record a phone call might be on legality, specifically on whether or not you can actually record someone, and if so, what steps you must take in order to record a phone call without breaking any laws or getting yourself into trouble.

The good news is, in Canada, the same as in the United States, call recording is legal everywhere so long as both sides are okay with it and aware of it. This is known as “two-party consent,” as in both parties are consenting. Pretty straightforward.

Some states, however, allow for “one-party consent,” when only one person in the conversation knows that the call is being recorded. This is tricky, however, because only some states have one-party consent. Plus, many calls you will make and receive go across state lines- which means that it is usually a good idea to know what is legal and what is not in the other states.

Some states even have what is known as mixed consent, which means it depends on the kind of call, which just adds another thing to remember. And seeing as you probably do not want to memorize and keep up to date on fifty different state calling laws, it is probably safer to stick to two-party consent.

Even if you make a call out of state and record it in a one-party fashion and you are legally okay, if someone decides to take you to court over it, it really won’t be worth it in the long run even when you are exonerated. Go with two-party consent- it’s the most common one providers, well, provide you with anyway.

It is also super easy to employ. To garner legally safe two-party consent, all you need is a service that starts at the beginning of every call. You have almost definitely heard it before, something akin to “This call may be monitored for quality control purposes,” or some variant.

That way all parties are aware of the recording: obviously you are since you are doing the recording. The person you are talking to, by continuing past that message, gives their consent, as does anyone else who joins later. Lessened stress makes learning how to record a phone call significantly easier. 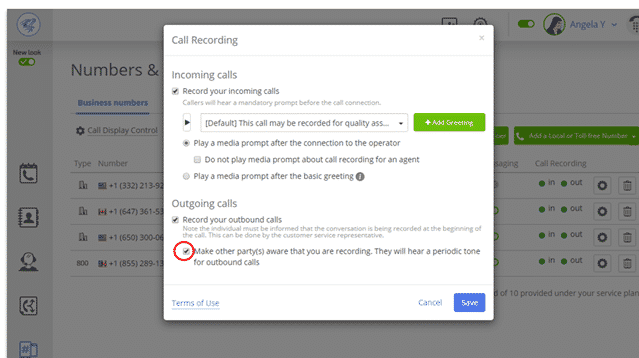 How DO you record a phone call?

How to record a phone call depends on what service you use. With some older wired services, it may be more difficult, especially with landlines; while it is not exactly going to involve you physically putting someone on your phone secretly like it’s 1982, it will require some tinkering.

However, if you decide to rely on a service like a VoIP company—Voice-over-internet protocol (basically an online telephone number provider)—then you are going to have a significantly easier time of accomplishing your goal of successfully and correctly learning how to record a phone call.

As you can see by now, learning to record a phone call straightforward as can be. It is a legal, common, and well-understood process. It is a process that will make your business, even if it is just you working out of your garage, have a touch more seriousness and a slightly brighter aura of professionalism.

It will, if you ever have particular trouble with a particularly troubling customer, protect you in the event of false accusations. It can help you to improve your workers’ customer service abilities.

And it is so, so, SO easy to do- at least with MightyCall. Designed with ease of use in mind, they have packed tons of features into a tightly operated service. For so much more than call recording, check out MightyCall today!