VoIP stands for Voice over Internet Protocol. VoIP can also be referred to as digital phone service or broadband phone service because it works using a high-speed Internet connection accessed by phone or computer. Phone calls can be made using both landlines and cell/smartphones. If using a mobile device, you require an app and for computers, you need a softphone app in hand with a headset. The main difference between traditional phone service and VoIP is that VoIP uses the internet to make the calls, not a telephone line.

How does mobile VoIP work?

Mobile VoIP calls take your voice stream and break it down into data “packets” which are then compressed and sent via the internet to their destination. During the call, a permanent line is established using the most efficient path available at the time the call is made. People receiving your calls receive the packets that are decompressed and converted into a voice stream. All of this happens instantly using various hardware and software (apps).

Is it possible to use VoIP on a smartphone or cell phone?

Yes, smartphones and cell phone users can use mobile VoIP services. In order to do so, however, you require mobile VoIP software/apps. The apps are provided by your VoIP phone service provider, but there are also other mobile apps available that you have probably heard of or even used before such as Skype and Facetime. Other services such as Truphone combine a SIM card and an app together which then work using an unlocked handset. However, you can usually just use your existing data plan without worrying about unlocking. The cell phone versions are not as robust as those you will find for smartphones, so you won’t be able to do things such as video chats for example.

How does VoIP work on cell phones?

When using a cell phone, your cell phone’s 3G, 4G, LTE or WiFi Internet data service will send voice calls as digital signals. These signals are sent using voice over IP technology over the internet. Depending on the situation WiFi hotspots might be used which can greatly reduce the costs that you pay for cellular voice and data plans. 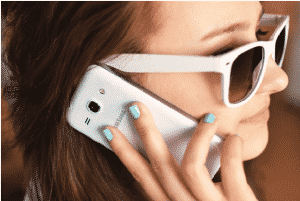 What is a VoIP smartphone app?

There are actually too many apps available to turn your mobile phone into a VoIP mobile phone. It is actually growing every day, which makes it hard to list all of the apps available. As mentioned you also have those that work independently and others that require a SIM card. They are also available for all types of smartphone operating systems (OS) as well as basic cell phones.

Most VoIP apps are free so choose wisely so you don’t end up paying for your app. You always have to check your app to make sure it is compatible with your phone’s OS. Mobile VoIP software is also available for Internet-connected phone models such as Nimbuzz which is excellent for Android-based models. This is also able to connect to social media accounts and speak to other members for free. For iPhones apps such as WeTalk allow you to use the iPhone, iPad or iPod Touch as your phone.

Why do I need a VoIP cell phone app?

What is a Dialer App?

A dialer app allows you to make phone calls as well as other required basics such as show your contacts. Each phone comes with its own app, but you can also look into getting a more exciting dialer app with more features such as floating chat heads for your favorite contacts for quicker access. A good example is Phone Power which offers a phone service you can take with you, anywhere in the world using 3G or WiFi data connections. Some other dialer apps include True Phone, ExDialer, and Drupe. Although many are compatible with both iPhones and Androids it’s always best to look for the ones recommended for your phone OS.

Can I have a VoIP cell phone number?

In most cases, you should be able to use the same phone number you used for your traditional phone service. However, make sure this is the case, so you avoid charges. Consider, if requesting Number portability you will have to wait, maybe weeks, for your phone number to be transferred to your new VoIP service. In the meantime, you can use a new temporary number assigned by the VoIP provider.

Is it possible to use VoIP in the smartphone for free?

Yes, there are many mobile apps that allow you to make free calls, including long distance calls. Some of these apps still have a few hiccups, but for the most part, they allow you to make both voice and video calls using your smartphone completely eliminating your mobile phone bill. However, you have to keep in mind they are using a Wi-Fi or data connection which can cost you depending on your internet plan.

It can get a little complicated because some apps are free to download and use but then will apply unexpected fees. For example, TextNow offers free texting in Canada and the U.S. plus free phone calls to the States while Fongo charges $1.99 a month for texting.

The costs will vary for long distance as you might be able to call anywhere in North America but be charged by the minute for international calls. Some will charge you to transfer your current phone number while others might not. However, your current provider might charge you to transfer the number. You can also consider keeping your current mobile plan but use one of the apps to avoid additional long distance or talking minute fees. This works well if you are stuck with a phone contract with a major provider.

One more thing to consider is that you might have to put up with seeing ads displayed on your phone screen during calls with some apps and services. As long as you have a good internet connection, your calls should be clear without any disruptions. 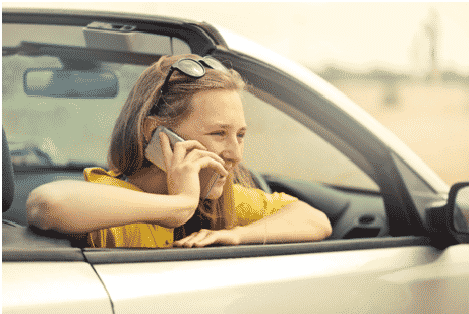 Is it possible to forward VoIP to a  smartphone?

There are usually two ways you can do this. You can forward VoIP to your cell phone using a VoIP “soft switch” to enable a call forwarding or “follow me” service for your line. In some cases, you might have to buy this as an add-on depending on the service or app you are using. As well, you might also have a client-side forward which replies back to an incoming call which will provide a message to the caller the number they should call instead. It will use a “302 redirect” to send your call to the right number. Forwarding only works if you have an internet connection available.

How to call a VoIP number from a mobile?

If the person you are calling has simply provided you with their phone number, then you should just be able to make the call as you normally would for any other phone number. However, in some cases, you will have to find out what app is needed to make the call. You can then download the app. In most cases, the person who has asked you to call them via an app will send you some form of new user, registry or similar type of link. Once the app is downloaded you can then just click it and you will see the option to make a video or voice call.